Many organisations have tried to adopt the ‘Spotify Model’ over the past few years. This is a framework made popular by Henrik Kniberg who at the time was an Agile Coach at Spotify.

What is the Spotify Model?

I previously wrote a a detailed overview post on the model and what it entails, which you can read to get up to speed here.

To summarise, the ‘Spotify Model‘ is a model made popular by Spotify and outlines their product delivery process, which focuses strongly on collaboration, understanding the customer and being able to ship as quickly as possible.

If we take a look at the Spotify Model, the main components of this framework are:

Making an Impact Together

One of the additional core concepts of the framework is the Guild. Guilds sit out outside of the above listed components, and their objective is to form collaboration in a certain area, problem or topic. They are about building a community; and the main difference between a guild to chapters, tribes and squads is that the latter are all mandatory, where as guilds are voluntary .

They can sit across squads, tribes or teams, and anyone who has an interest of the desired skills can join.

I have seen examples of guilds such as:

There are many reasons why Guilds can fail. A lot of people see and like the idea from Spotify, and try to build them; and whilst their intentions are good execution is not quite there.

No Mission or Goal

Guilds have a better chance of sticking if they have an objective. Unfortunately, getting like minded individuals together without a cause is not a recipe for a successful guild. Its nice to have knowledge sharing and people sharing experience, skills and creating a community, and this might seem great at the beginning, but most guilds fizzle out because at the end of the day, they have no objective or struggle to make an impact.

To remedy this, each Guild should first start out with a mission statement. What impact does the guild seek to achieve.

An example of a development language guild might be:

To improve the speed, efficiency and quality of development by building framework, templates and processes, growing the knowledge of [X] framework and reducing onboarding time for new starters.

I find it also useful to set and document the values in which you want the guild to operate. These are less like rules that people need to follow, but more like the soft skills people need to have, code of conduct they need to follow and a baseline to help to find like minded people to ensure success.

It’s important to set some ground rules for the guild, so members understand how to join, how to participate and maybe even requirements to stay in the guild.

Some things to consider are:

Ensuring Success of the Guild

Tips for running a successful Guild

To help your guild to be successful and have some kind of longevity, I suggest the following:

With all of the above, you should be able to build a Guild Manifesto. I would recommend that no guild is formed with some sort of document outlining its intentions. This can be a one slide or one page document, nothing too detailed and just gives a high level overview.

Here is an example:

There are many factors to why a guild fails, I believe the biggest one is no objective. You can get all the smart, likeminded people together that you want, but until they have a purpose the impact will be limited. Also without a mission, people will get bored or not see that contributing to the guild is worth their time.

There are some things that you can put in place to increase the success of your guild, such as documenting your objectives, having a mission statement and focusing a lot on the operations of the guild, ensuring it has structure, a framework and some rules of conduct for people to follow. Also, being part of a guild should be fun and exciting, so to balance that it’s important that the guild does not fall into too much bureaucracy.

Guilds may also run their course, and that’s OK too. Maybe a guild manages to reach its objectives, or completes what it set out to do. In that case, be content with putting a guild to bed and not dragging it out more than it needs to if that’s the case.

Finally, and most importantly, I suggest to make it your own. As I always state with any inspiration from the Spotify Model, its important to understand the problems you yourself are trying to solve, and adapt any solution to fit your need. Simply thinking having a guild is a good idea and trying to replicate it will likely not come with success. You don’t even need to call it a ‘Guild’, and maybe come up with a name or terminology that is consistent with what you already use within your organisation. 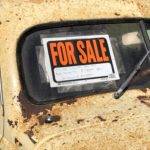 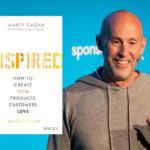